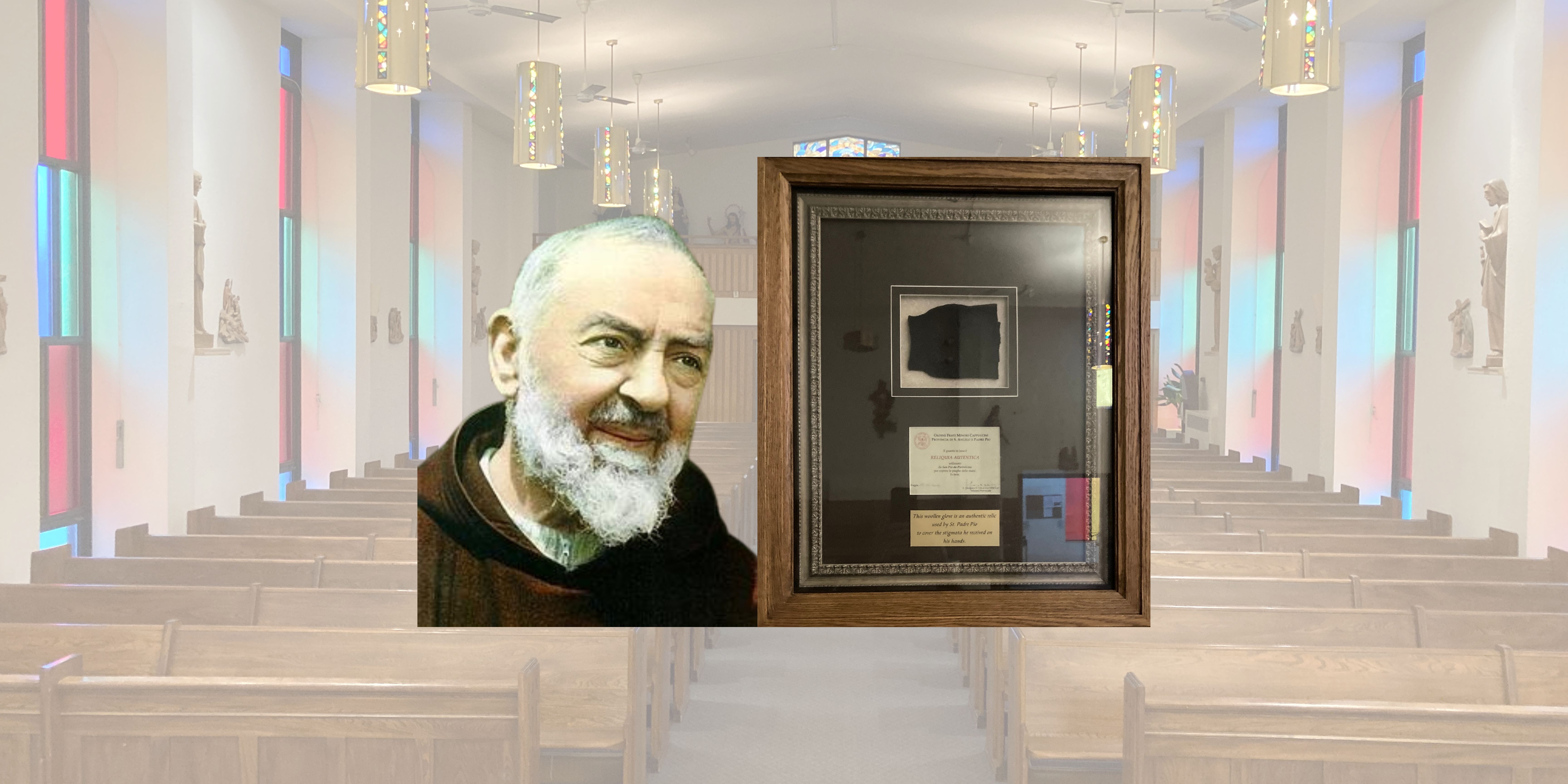 The Glove of St. Pio of Pietrelcina 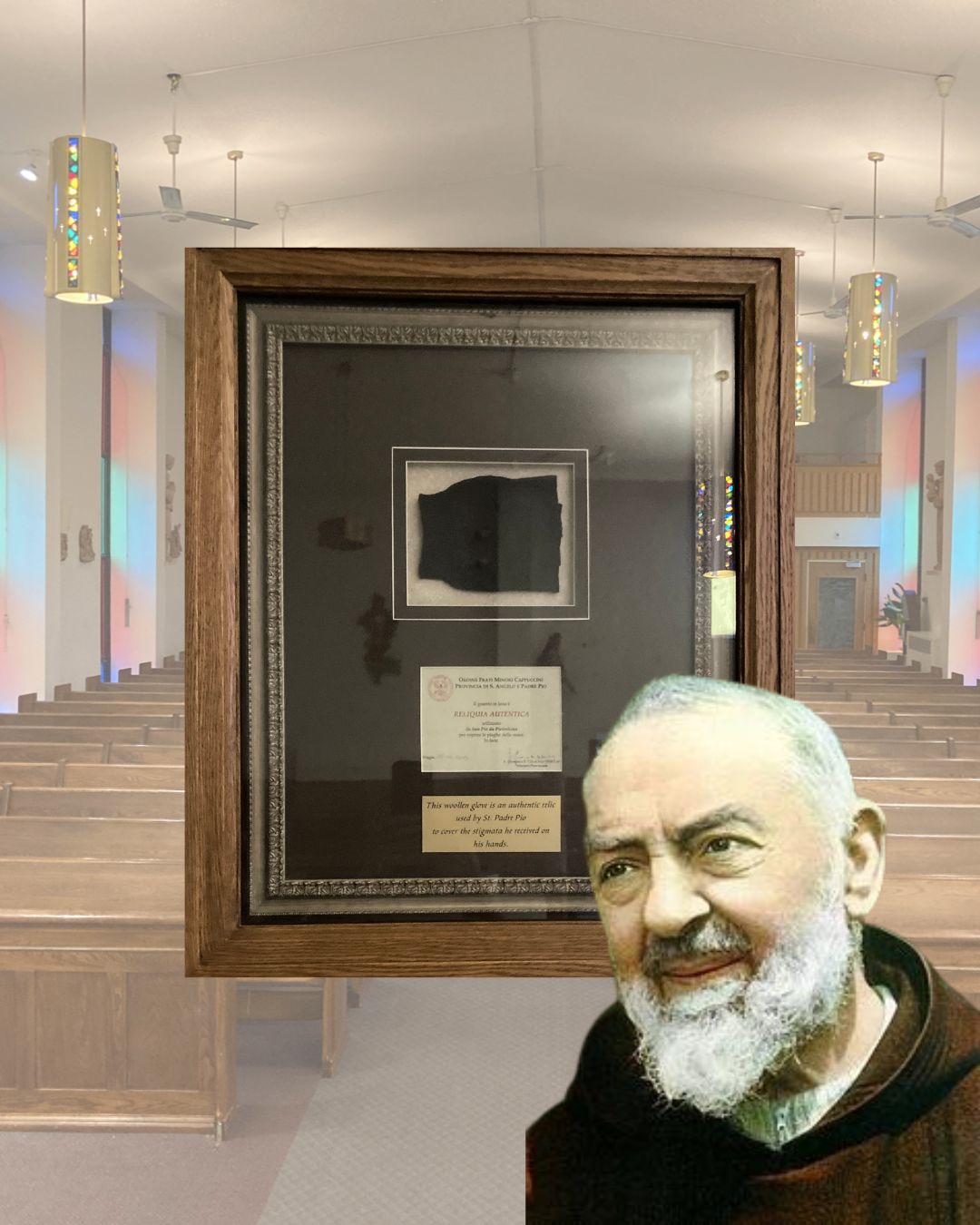 .
Here at St. Norbert's, we have been blessed to house this second-class relic of St. Pio of Pietrelcina. We welcome visitors to take a moment of reflection and prayer with St. Pio's Glove and ask for his intercession.

Francesco, named in honour of St. Francis of Assisi, was born to Giuseppa and Grazio Forgione, peasant farmers, in the small Italian village of Pietrelcina on May 25, 1887. From his childhood, it was evident that he was a special child of God. Francesco was very devout even as a child, and at an early age felt drawn to the priesthood. He became a Capuchin novice at the age of sixteen and received the habit in 1902. Francesco was ordained to the priesthood in 1910 after seven years of study and he became Padre Pio.

On September 20, 1918, Padre Pio was kneeling in front of a large crucifix when he received the visible marks of the crucifixion, making him the first stigmatized priest in the history of the Church. The doctor who examined Padre Pio could not find any natural cause for the wounds. Upon his death in 1968, the wounds were no longer visible. There was no scarring and the skin was completely renewed. He had predicted 50 years prior that upon his death the wounds would heal. The wounds of the stigmata were not the only mystical phenomenon experienced by Padre Pio.

The blood from the stigmata had an odour described by many as similar to that of perfume or flowers, and the gift of bilocation was attributed to him. Padre Pio had the ability to read the hearts of the penitents who flocked to him for confession, which he heard for ten or twelve hours per day. Padre Pio used the confessional to bring both sinners and devout souls closer to God; he would know just the right word of counsel or encouragement. Even before his death, people spoke to Padre Pio about his possible canonization.